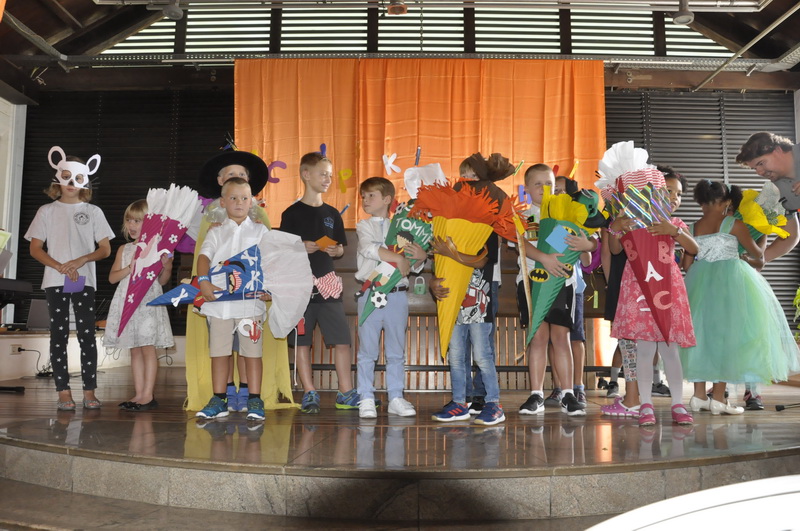 We are proud to announce that our school family has grown again!

Their first day of school on September 8, 2017 was ushered in by a small ceremony in the Club House which was colorfully decorated. A few words of welcome by
Headmistress Ms. Klaus were followed by a few musical contributions by Kindergarten and primary school pupils before it was “Curtain up!” for classes 2, 3
and 4, who gave a bravura performance in the play “The Magic Chest”, which ended with the chest finally being opened: it contained nothing less than the first graders’
school cones which had been beautifully crafted by the parents themselves. After this exciting part of the program, Ms. Klaus showed the new first-graders to their
classroom for a first taste of school life before photos were taken with the families.